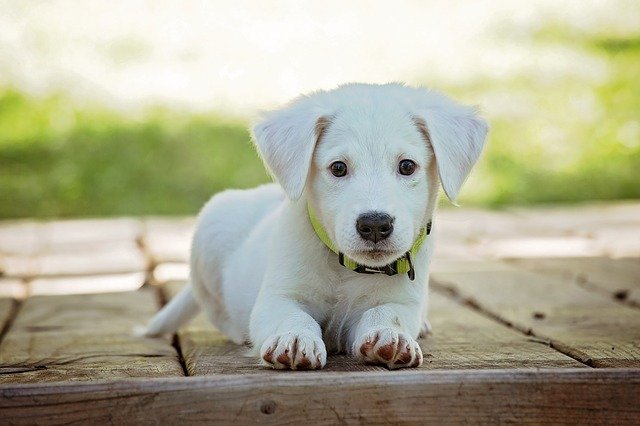 Taking care of puppies can be difficult. You may be surprised to learn how frequently puppies have to poop. There are a huge number of issues that need to be addressed when it comes to puppies ranging from food to sleeping arrangements. One of the hardest problems to nail down is one that appears simple: The act of defecation. There are a number of actual nuances to such a simple act, and those nuances need to be allowed for when raising a puppy.

It may sound weird to say, but puppies poop and they are usually pretty good at it. As the owner, you should be monitoring the stools of your puppy in order to determine if the puppy is doing fine, as its stools are usually the first obvious sign that there is a problem. Make sure that you monitor what the puppy eats, what medicines it is taking, and how often it poops, and your puppy should do well under your care. It can be easy to make sure that a puppy is raised healthy if you pay attention.

How often does your puppy need to poop a day?

In general, your puppy should be pooping about five times a day, assuming a perfectly healthy puppy. While the exact number will depend on the breed, the amount of food, and the health of the puppy, the puppy should poop about five times a day; if the puppy is only pooping far less than that, there could be problems such as constipation. In all cases, you should be watching the puppy when it relieves itself to make sure that the puppy is healthy; the poop will usually be the first sign that something is wrong. As the puppy matures, the number of times it needs to go will decrease.

The puppy could be pooping far more often if they are eating a lot of fiber; if that is the case then you may want to limit the amount of fiber a puppy is getting. Conversely, if the puppy is pooping far less often, then you should debate some sort of stool softener; the puppy is usually suffering from hard stools and a softener should make the puppy’s feces a little easier to move. If the puppy is feeling sick, it is not uncommon to see diarrhea, so keep an eye out for that as well. In short, make sure that the puppy is going well and you will have a healthy dog.

How long after a puppy eats do they poop?

A puppy should be ready to poop soon after eating, about thirty minutes or so. Bear in mind that this is a ballpark figure; some puppies may take longer while some may be ready to go almost as soon as they have eaten; every puppy is different. The puppy should also be ready to go when they wake up in the morning as well as before going to bed. Owners should be very careful when the puppy is just becoming housebroken, given the number of accidents that can happen.

This is not a hard and fast rule, but one worth noting. If the puppy is ready to go immediately after a meal, this is not a major problem unless it is a consistent issue. If the puppy is taking a long time to get ready to poop, possibly only pooping once or twice a day, then there could be problems of a different kind. Start with a stool softener, but if the problem persists then it may be time to take the puppy to a veterinarian.

How can you tell when your puppy needs to poop?

The signs that a puppy is ready to poop are usually fairly obvious, as the puppy will not hide that it needs to go, and the sooner the better. Most puppies will start with whining or howling, making some sort of noise near you to let you know that there is a problem. Others will become restless and possibly start circling; they are ready to go and their little bodies are willing to hold it in. Once you see these signs then you should be rushing to get the puppy outside so that they can relieve themselves.

If the puppy squats, then it is too late: You need to grab the puppy as quickly as possible and get it outside. There will be numerous accidents especially for a non-housebroken puppy, but they should diminish as the puppy gets older. Be patient, and keep in mind that a puppy should be a few weeks old before you can properly housebreak it; having papers ready for it to go can definitely help both your patience and clean up. It will take a while for even a clever puppy to get the idea, but when they do it will make life that much easier, especially if you are watching for the signs that the puppy is ready to go.

What to do if my puppy has diarrhea?

If the puppy’s stools are more liquid than solid, then the puppy has diarrhea. Given the metabolism of puppies, this can be dangerous as it represents additional water loss, and the puppy has little enough as it is. You need to encourage the puppy to drink more water followed by a quick trip to the veterinarian, especially if the puppy is sluggish, tired, or is running a fever. The cause can range from a simple disease, possible worm issues, or as a side effect of the medicine being the puppy; deworming medicines will frequently cause diarrhea. It could even be the result of stress.

Also, keep an eye out for the feces to change color. While some issues are more alarming than anything else, such as green poop for a dog that eats a lot of grass, watch for poop colors with no obvious correlation to their diet. If you see stools that are black and tarry take the puppy to the veterinarian immediately.

How long will my puppy poop worms after deworming?

Deworming can be a difficult process, even for worms that are relatively easy to get rid of. The biggest problem will be settling into a routine that you can follow, and one that should start within a few weeks of birth. Keep in mind that getting the medicine into the puppy can be difficult, especially if injections are involved. You should also consider a good flea or tick collar as part of the process considering the number of different species that are spread through fleas and ticks. Also, take steps to limit exposure to mosquitoes as they can also spread worm eggs.

However, if the puppy does have worms and the medicine is effective, then you should see results almost instantly; the puppy should start pooping worms almost immediately. This process should continue until you stop delivering the medicine, plus about a week or two. After that, the dog should be relatively worm-free, depending on the type of worm.

In general, pooping is something that puppies do. While it is easy to understand why there is a lot of concern over it, generally even the weirdest poops should not be the cause for alarm. Just keep an eye on what the puppy is doing and react when things get too out of the normal and you should have a healthy puppy.

We use cookies on our website to give you the most relevant experience by remembering your preferences and repeat visits. By clicking “Accept”, you consent to the use of ALL the cookies.
Do not sell my personal information.
Cookie SettingsAccept
Manage consent

This website uses cookies to improve your experience while you navigate through the website. Out of these, the cookies that are categorized as necessary are stored on your browser as they are essential for the working of basic functionalities of the website. We also use third-party cookies that help us analyze and understand how you use this website. These cookies will be stored in your browser only with your consent. You also have the option to opt-out of these cookies. But opting out of some of these cookies may affect your browsing experience.
Necessary Always Enabled
Necessary cookies are absolutely essential for the website to function properly. These cookies ensure basic functionalities and security features of the website, anonymously.
Functional
Functional cookies help to perform certain functionalities like sharing the content of the website on social media platforms, collect feedbacks, and other third-party features.
Performance
Performance cookies are used to understand and analyze the key performance indexes of the website which helps in delivering a better user experience for the visitors.
Analytics
Analytical cookies are used to understand how visitors interact with the website. These cookies help provide information on metrics the number of visitors, bounce rate, traffic source, etc.
Advertisement
Advertisement cookies are used to provide visitors with relevant ads and marketing campaigns. These cookies track visitors across websites and collect information to provide customized ads.
Others
Other uncategorized cookies are those that are being analyzed and have not been classified into a category as yet.
SAVE & ACCEPT